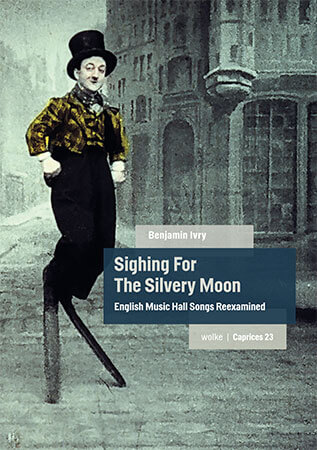 English music hall songs, often comic in essence, were omnipresent in the United Kingdom from around 1850 until after 1918. Reflecting societal, political, racial, and gender attitudes, these concentrated communications reflected their historical moment. Sighing for the Silvery Moon: English Music Hall Songs Reexamined by Benjamin Ivry, a biographer and cultural reporter, focuses on the songs themselves in performance as preserved on early recordings and films. As reflections of bygone sensibilities they are time capsules, displaying the aspirations and character of a nation.