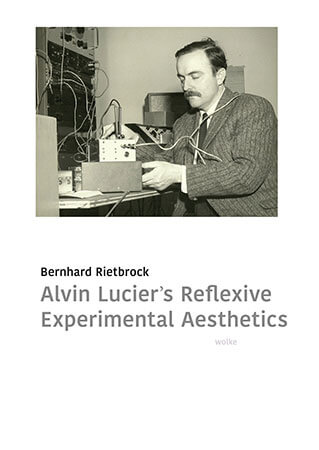 Making audible what is usually inaudible, rendering sound visible in an unusual way, and facilitating a spatial experience of sound­—this is what constitutes the pioneering work that makes Alvin Lucier one of the most important representatives of American music in the second half of the twentieth century. The stated aim of the study at hand is the detailed historical and theoretical exploration of Alvin Lucier’s work, with particular focus on his decidedly reflexive experimental aesthetics. The research is thus based on two essential methodological approaches: on the one hand, a musicological study of the genesis of Lucier’s work, and on the other, an aesthetic analysis of the role of the real within Lucier’s aesthetics.
Lucier’s experimental compositions are aesthetic reflections that are constantly making reference to the phenomenology of sound, as well as to the perception of perception itself. His aesthetic vision gravitated towards devising minimalist constellations and processes which, due to the withdrawal of the compositional subject, gave expression to an acoustic phenomenon and the unforeseeable idea inherent to it.