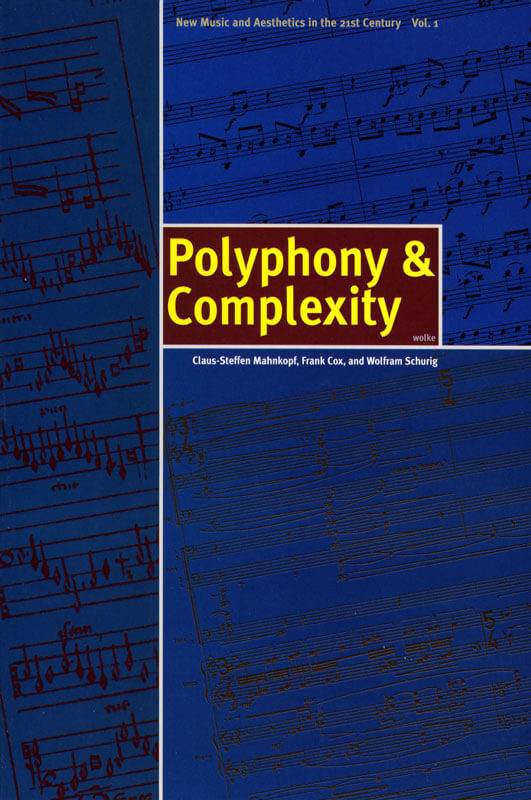 The appearance of a „complex music“ undoubtedly represents one of the most significant developments in new music since the 1980’s. Several commentators have considered this music as marking the advent of „Second Modernity“ and/or a „deconstructive turn“ in recent musical history. Given the shortage until now of detailed and serious discussions of this music, the time is certainly ripe for an „interim report,“ one which is internationally oriented, attempts to present aesthetic and compositional/technical explanations of this phenomenon, and allows the composers themselves to speak. Polyphony & Complexity by no means treats „complexity“ as an issue limited to new music, but rather attempts to connect this issue with the central aspects of Western Music: with polyphony and the cluster of problems which it presents. The contributions treat manifold compositional and aesthetic questions such as the following: morphology, deconstruction, live-electronics, extended performance techniques, work-conception, material, multi-dimensional rhythms, and fragmentation.