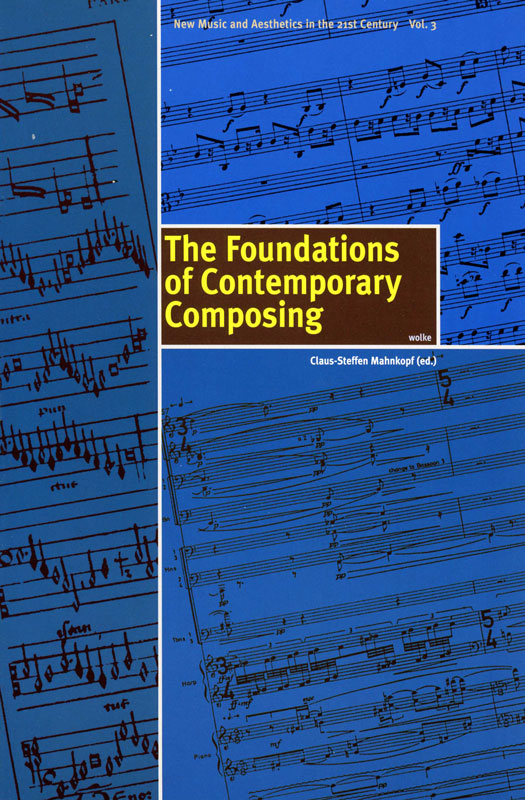 The Foundations of Contemporary Composing
New Music and Aesthetics in the 21st Century, Vol. 3

Whereas in common-practice music concepts such as theme or motive, phenomena such as line or melody, and systems of syntax and rhythm are generally taken to be self-explanatory, the question in post-traditional music (that is, new music since 1945) concerning corresponding means – that is, sufficient to shaping the musical surface in a meaningful manner – is rarely reflected upon and more commonly repressed.  Although there is a wealth of dogmatic answers – whether formalist systems or restorative mythology – asserting that the problem has long since been solved, the question, whether welcome or not, continues to reappear.  This avoidance can clearly be traced back to a defining moment of post-WWII new music, namely the “zero-degree” of pointillism.  This was admittedly an extreme position, which could at most but postpone difficult but unavoidable basic questions concerning a musical typology of shapes.  In view of both the differentiation of composing styles over the last few decades and the vital search in many different locations for a new morphology, the following question is all the more unavoidable: what can “figure,” “gesture,” “melody,” “motive,” etc.  mean today?  It is a question of that which is more than mere sound, but not quite expression or meaning.

Musical Morphology presents diverse perspectives on this question by an international group of composers, who  explore the issue in light of their own work. An additional essay on musical deconstruction offers a new theoretical formulation of the basic problems of morphology.  The contributors to this volume are the following: Mark André, Aaron Cassidy, Sebastian Claren, Sidney Corbett, Frank Cox, Andreas Gürsching, Wieland Hoban, Claus-Steffen Mahnkopf, Chris Mercer, Giorgio Netti, Wolfram Schurig, and Steven Kazuo Takasugi.