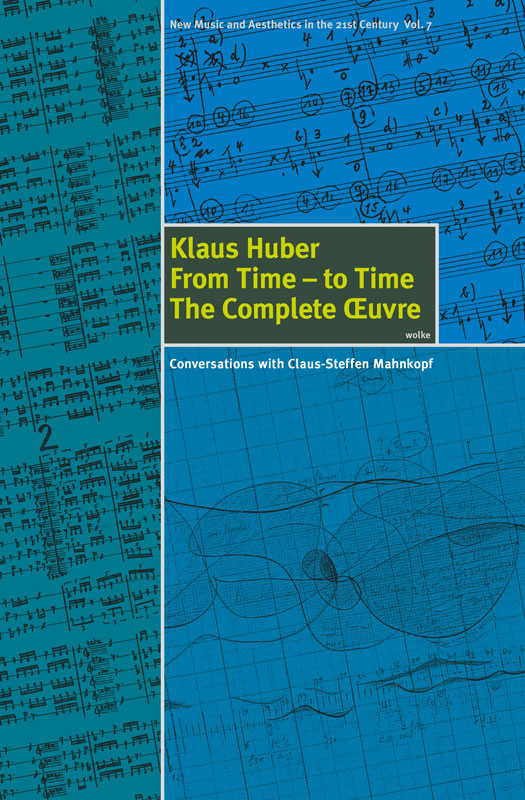 From Time – to Time. The Complete Œuvre
Conversations with Claus-Steffen Mahnkopf
New Music and Aesthetics in the 21st Century, Vol. 7

In 2009, Klaus Huber, the most significant Swiss composer, one of the most important figures in the generation of composers over 80 who have furthered the development of New Music from 1945 to the present, received the Salzburg Music Prize and the Ernst von Siemens Music Prize. This marked the acknowledgement of a lifetime achievement that had not only produced an uncommonly rich and multi-faceted œuvre; from the 1960s to the 1980s, Klaus Huber was also one of the most sought-after composition teachers in the world. For the last 20 years he has been producing a body of late works that is unparalleled today, characterized by a new intervallic language based especially on third-tones and Arab modes, a poly-cultural approach and a constant extension and opening of a profoundly humanist horizon of experience.

In the year of his 85th birthday, the sum of his musical thought has now appeared in book form. From Time to Time is an attempt, unparalleled in music history, to present the entire compositional output in both programmatic and composition-technical terms, as well as articulating its intellectual, aesthetic and ethical foundations. Klaus Huber has laid his cards on the table, so to speak; not in an egocentric fashion as an autobiography or „technique de mon langage musical,“ but in dialogue with the composer Claus-Steffen Mahnkopf, who was himself Huber’s student 20 years earlier and here poses the decisive questions from an inside perspective, examining the subsequent answers in further detail.

This book contains over 100 musical examples, including numerous sketches that vividly illustrate Klaus Huber’s compositional process. The works discussed extend from the 1950s to the present day. Separate chapters are devoted to seven central pieces, and the book is rounded off by a complete list of works.