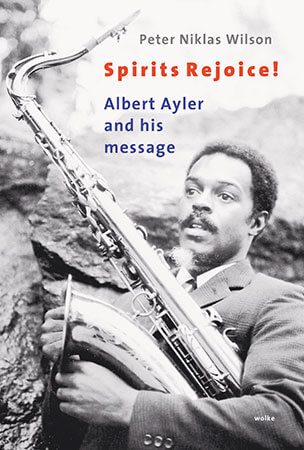 No music swung as erratically between extremes as his: folk song, march or acoustic apocalypse – anything was possible in the cosmos of Albert Ayler’s soundscapes. With his furious instrumental glossolalia and his pathos-laden ballads, the musician from Cleveland, Ohio quickly became the most radical of the Sixties free jazz expressionists. In his hands the saxophone became a different instrument and even John Coltrane’s late work was unmistakably shaped by the influence of his younger colleague. He had little time to proclaim his message of a new spiritual music: in 1970, at just 34 years of age, Albert Ayler died in mysterious circumstances.

Peter Niklas Wilson spent six months in the USA following in Albert Ayler’s footsteps. Through conversations with numerous contemporary witnesses (including Ayler’s father and brother, as well as drummers Sunny Murray and Milford Graves, violinist Michael Samson, multi-instrumentalist Howard Johnson, bassists Gary Peacock and Steve Tintweiss) and analysis of both Ayler’s published and unpublished recordings, he reconstructs the biography and erratic musical path of this prophet of the „new thing“.