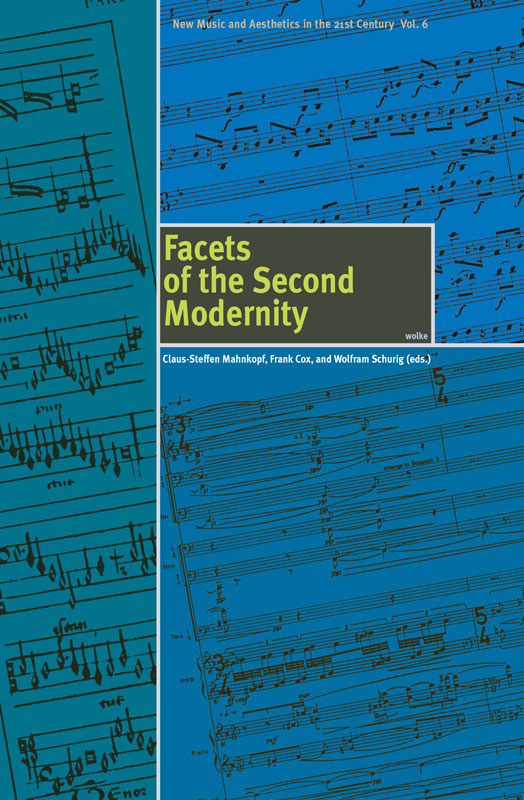 Facets of the Second Modernity
New Music and Aesthetics in the 21st Century, Vol. 6

The Second Modernity aims to present a viable alternative to the postmodern musical and cultural self-conception, to express solidarity with the historical avant-garde and the classical Modernity, to place its trust in reflexion, to point out directions into the future, and, concomitantly, to offer a platform to composers of the younger and middle generations so that they might be able to articulate their aims. Over the last few years there are clear signs of the presence of this concept in musical discourse: in prominent festivals, in theoretical texts, and in discussions. What this might signify in musical, aesthetic, and compositional terms is appears in essays by ten composers analyzing their own works: Aaron Cassidy, Sebastian Claren, Frank Cox, Chaya Czernowin, Michael Edgerton, Claus-Steffen Mahnkopf, Brice Pauset, Wolfram Schurig, Steven Kazuo Takasugi und Hans Thomalla.